Why Focus So Much On The Bible?

Why do we have a sermon from the Bible each Sunday?

And why is it such a big chunk of the overall worship service?

One of the chief symptoms of Judah’s 57 years of idolatry
under kings Manasseh & Amon: completely ignoring God’s Word.

2 Kings 21: [Manasseh] did evil in the eyes of the Lord,
following the detestable practices of the nations
the Lord had driven out before the Israelites.

3 He rebuilt the high places his father Hezekiah had destroyed;
he also erected altars to Baal and made an Asherah pole,
as Ahab king of Israel had done.
He bowed down to all the starry hosts and worshiped them.

6 He sacrificed his own son in the fire, practiced divination,
sought omens, and consulted mediums and spiritists.
He did much evil in the eyes of the Lord, arousing his anger.

In the very next chapter, under new king Josiah, the book of the Law was found—apparently it had been laid aside in an attic or something for over five decades!—

& it was read to king Josiah; it was as if he’d never heard it before…wow.

So we focus on Scripture to try to avoid sin, idolatry, evil…

But we also focus on the Bible to pursue what is good/holy/pure—please consider:

2 Timothy 3:14-17: 14 But as for you, continue
in what you have learned and have become convinced of,
because you know those from whom you learned it,
15 and how from infancy you have known the Holy Scriptures,
which are able to make you wise for salvation through faith in Christ Jesus.

16 All Scripture is God-breathed and is useful for
teaching, rebuking, correcting and training in righteousness,
17 so that the servant of God may be thoroughly equipped for every good work.

Salvation, faith in Jesus, maturity, equipment for doing good deeds. All thru the Bible!

Romans 15:4: For everything that was written in the past was written to teach us,
so that through the endurance taught in the Scriptures
and the encouragement they provide
we might have hope.

Anyone need endurance, encouragement and hope in daily life? 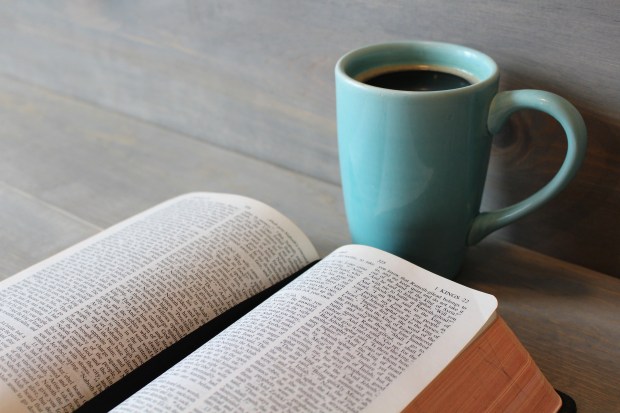 ← Elevating Others…
What God Has Been teaching Me Lately LXXVII (77) →

2 thoughts on “Why Focus So Much On The Bible?”