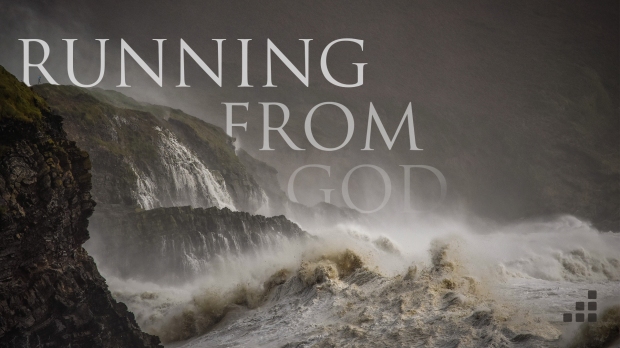 Jonah 1: The word of the Lord came to Jonah son of Amittai:
2 “Go to the great city of Nineveh and preach against it,
because its wickedness has come up before me.”

3 But Jonah ran away from the Lord and headed for Tarshish.

He went down to Joppa, where he found a ship bound for that port.
After paying the fare, he went aboard and sailed for Tarshish
to flee from the Lord.

4 Then the Lord sent a great wind on the sea, and such a violent storm arose
that the ship threatened to break up.

5 All the sailors were afraid and each cried out to his own god.
And they threw the cargo into the sea to lighten the ship.

But Jonah had gone below deck, where he lay down and fell into a deep sleep.

6 The captain went to him and said, “How can you sleep? Get up and call on your god!
Maybe he will take notice of us so that we will not perish.”

7 Then the sailors said to each other,
“Come, let us cast lots to find out who is responsible for this calamity.”

They cast lots and the lot fell on Jonah.

8 So they asked him, “Tell us, who is responsible for making all this trouble for us?

What kind of work do you do? Where do you come from?
What is your country? From what people are you?”

9 He answered, “I am a Hebrew and I worship the Lord,
the God of heaven, who made the sea and the dry land.”

10 This terrified them and they asked, “What have you done?”

(They knew he was running away from the Lord,
because he had already told them so.)

11 The sea was getting rougher and rougher.

So they asked him, “What should we do to you to make the sea calm down for us?”
12 “Pick me up and throw me into the sea,” he replied, “and it will become calm.
I know that it is my fault that this great storm has come upon you.”

13 Instead, the men did their best to row back to land.

But they could not, for the sea grew even wilder than before.

14 Then they cried out to the Lord, “Please, Lord, do not let us die for taking this man’s life.
Do not hold us accountable for killing an innocent man,
for you, Lord, have done as you pleased.”

15 Then they took Jonah and threw him overboard, and the raging sea grew calm.

16 At this the men greatly feared the Lord,
and they offered a sacrifice to the Lord and made vows to him.

17 Now the Lord provided a huge fish to swallow Jonah,
and Jonah was in the belly of the fish three days and three nights.

He was a prophet. “The main role of the prophet was to bear God’s Word for the purpose of teaching, reproving, correcting, and training in righteousness (2 Timothy 3:16)” (Illustrated Dictionary of the Bible, p. 878). Sometimes this was to announce what would happen in the future, or encourage the people not to give up in trusting/following the LORD, other times it was to humble the people to repent of sin & return to the LORD.

During Jonah’s life/mission, the nation of Israel’s borders expanded and “the elite classes prospered. But all was far from well within Israel, and the nation continued to move further and further from serving God” (Introduction to Jonah, NIV Study Bible, Carson, p. 1793).

Why Preach Thru This Book?

Because it confronts us, causes us to wrestle with many questions/themes:

-What do we do with miraculous events in the Bible?

-Will we believe in a God Who judges, Who ultimately deals with wickedness
in ways that modern society disagrees with/is offended by?

-How am I like Jonah? In what ways am I running from the LORD?
Who are the “Ninevites” in my life for whom I lack compassion,
toward whom my heart is hard?

-How am I like the Ninevites? What wickedness am I enjoying?

-Where is the Gospel in this book? How is the Lord Jesus the truer and better Jonah: diagnosing the world’s sickness, painfully providing the cure,
& lovingly but clearly warning what happens if the cure is rejected?

Back to Jonah 1: I can’t break down every lesson in the chapter, but here are some:

Verses 1-3: Ninevah is encircled today by the city of Mosul, Iraq.
Tarshish is in southwestern Spain.
Ninevah was about 500 miles east of Jerusalem;
Tarshish about 2,000 miles west of Jerusalem.
Ninevah is one of the easternmost cities mentioned in the Bible,
Tarshish the westernmost.

Jonah was literally running away from the LORD
to the ends of the known world. Wow. At least Jonah wasn’t subtle…

Why would he run away from the LORD like this?
This is Jonah’s one job as a prophet—
deliver God’s Word, the LORD’s message, wherever He sends him.

Jonah’s mission—specific, not general: Preach against Ninevah because of its wickedness. Consequences are coming, payment will be required for their debt of sin, but…the King is willing to pay the debt, if there is repentance, a turning from sin, acknowledging one’s guilt, & crying out for mercy to the only One Who can afford to pay it.

This isn’t just an Old Testament mission; the Lord Jesus spoke of hell, hades, future judgment, eternal punishment 50x in the Gospels & Revelation (plus more in rest of NT). It’s not all He taught, but He taught it consistently as part of the Gospel.

Verse 3b: Jonah was respectful/pleasant/law-abiding in his rebellion, not a foaming at the mouth raving lunatic. He paid the fare, probably made small talk w/the sailors, didn’t even announce that he was a prophet, etc. His was a refined rebellion. But all the time he was running away from the LORD, fleeing FROM Him instead of TO Him.

We might ask, “Goodness, what’s the big deal? God could’ve just gotten someone else.”

We often make too little of sin. Yes, the LORD could have gotten someone else to deliver His message, but he isn’t just focused on accomplishing His mission but also transforming His people in the process of the mission. We don’t just “do a work for God,” He does a mighty work IN us as He works THRU us.

Imagine now how the LORD, the creator and ruler of the universe, would react when one of His people intentionally rebels and abandons their purpose, goes in the opposite direction and refuses to do what the LORD has clearly said.

This should give us pause to soberly reflect on ourselves. It isn’t always obvious to others or even ourselves when we are running from God; we might be doing many other things pleasantly & kindly, & yet still be in rebellion. What are ways we run from Him? More on this next in future posts, God willing…

Verses 4 & 5: God pursued Jonah! Oh He is the Shepherd Who goes after His wandering sheep!!! Lovingly, patiently, but doggedly—

God spoke to Job “out of the storm” of suffering/loss (Job 38:1);
Christ walked on water to the disciples & spoke to them
in their physical storm on the sea of Galilee (Matthew 14:22-33),
the LORD pursued Jonah in a violent storm.

What is He saying to you in yours? I’m not saying your storm is your fault, I’m just asking if you’re listening to the LORD in Bible reading, prayer, praise, confession, and requests.]

Verses 9 & 10: We can be in rebellion even as we worship the LORD & get our identity from Him. Being aware of our specific sin doesn’t mean we’re actually repentant/sorry for the sin.

Verses 11 & 12: I used to think this was a kind gesture of Jonah, him taking responsibility for his rebellion.Maybe it is.

But others have pointed out that this was Jonah “doubling-down” in his sin—he’d rather literally die than carry out God’s plan. Jonah knew this was the LORD pursuing Jonah, & instead of going west to Tarshish he decided to go down to the depths. Jonah was willing to hit rock bottom in his rebellion…and he would.

But the LORD would meet him there!

Verse 13: Only God can still the storms that He sends…our efforts cannot…

Verses 14–16: God’s passionate pursuit of Jonah wasn’t all about Jonah; it was about the spread of the LORD’s fame & glory. Only God knows how these sailors’ lives were changed by their encounter w/the mighty God, only He knows if/how they told others about Him in their travels.] 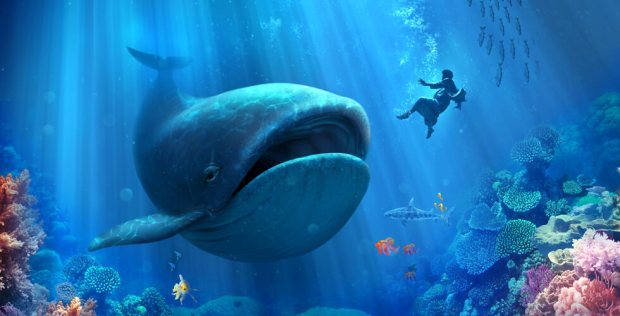 ← Thoughts On The Lord’s Supper 6
Jonah: Running From God 2 →

3 thoughts on “Jonah: Running From God 1”