The Willingness Of The LORD… 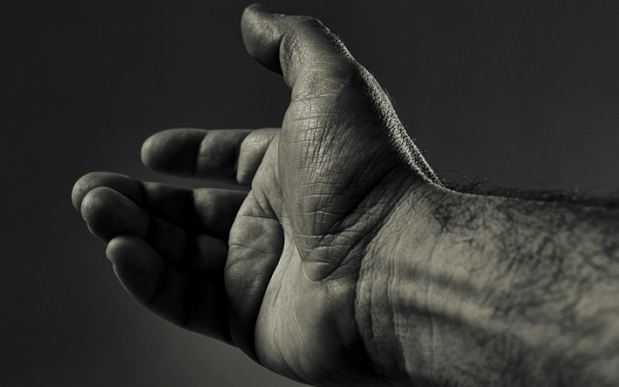 Few people would want a medical school student to do their surgery—
we typically prefer the seasoned doctor,
experienced with many surgeries under his/her belt, not a doctor in training.

And yet in many ways, with pastors that’s all a congregation ever gets—

a pastor in training, a man who in every way
is completely inadequate and unqualified,
apart from a moment by moment dependence on
the Father, the Lord Jesus & the Holy Spirit…
thank the LORD and you for your patience with me! 🙂

It seems our Father has brought to my mind lately
my intense emphasis on application in sermons,
what we are to do in light of the Bible verses & passages we study.

This isnt a bad thing!

James 1:22: Do not merely listen to the word, and so deceive yourselves. Do what it says.

John 13:17: The Lord Jesus said, “Now that you know these things,
you will be blessed if you do them.“

Matthew 7:24-27: “Therefore everyone who hears these words of mine
and puts them into practice
is like a wise man who built his house on the rock.
25 The rain came down, the streams rose, and the winds blew and beat against that house; yet it did not fall, because it had its foundation on the rock.

26 But everyone who hears these words of mine
and does not put them into practice
is like a foolish man who built his house on sand.
27 The rain came down, the streams rose, and the winds blew and beat against that house, and it fell with a great crash.”

But in addition to focusing on what we are to do for the LORD,
we must also focus on being with the LORD.

I shouldn’t just get to the house each night
and start doing chores for my family
without acknowledging them, making eye contact, giving hugs,
pausing & looking at their faces & listening, giving an encouraging word, etc.

Being with my family–& thus knowing them!—
must not be neglected by serving them.

So in this post we are simply going to gaze at the character of the LORD,
and specifically His WILLINGNESS.

It is only as we know Him more & more
that we will run TO HIM with our sin,
not away from Him,
that we will hide IN Christ,
not hide FROM Him.

It is only as we kneel in awe at His tremendous mercy toward us sinners
that we can then introduce Him & His glorious
new life & forgiveness & freedom thru the cross
to a world of sinners
often enjoying but ultimately always enslaved by their own sinfulness.

Matthew 8:1-3: When Jesus came down from the mountainside,
large crowds followed him.
2 A man with leprosy came and knelt before him and said,
“Lord, if you are willing, you can make me clean.”

3 Jesus reached out his hand and touched the man.

“Be clean!” Immediately he was cleansed of his leprosy.

The willingness of Christ…to touch a leper, to heal a leper. Staggering…

When you think of the LORD, do you see Him as willing, or unwilling?

When you approach Him in prayer,
do you see Him as the aggravated parent who just wants you to leave Him alone,

or do you see Him as the willing Father
Who stops what He is doing, kneels down, looks you in the eye,
& listens with a willing heart of compassion & mercy?

Oh how often I have been that first parent…
thankfully God is not like me…
but He is graciously transforming me to be like Him…
willing…
for He is the willing God!

How often are we able to sacrificially bless and serve someone—
we are able, but we are not willing.
Such hardness of hearts we have.
But thankfully the LORD is not like us,
but is able AND willing to transform repentant sinners to be like Him!

Philippians 2:5-8: In your relationships with one another,
have the same mindset as Christ Jesus:

6 Who, being in very nature God,
did not consider equality with God something to be used to his own advantage
[or something to be grasped/clutched];
7 rather, he made himself nothing [He was willing to do this!]
by taking the very nature of a servant,
being made in human likeness.
8 And being found in appearance as a man,
he [willingly!] humbled himself by becoming obedient to death—
even death on a cross!

The Lord Jesus DELIGHTED to pour Himself out in suffering/torture/death—
for the joy set before Him He endured the cross (Hebrews 12).
He is the giving & the willing God!

Because the LORD IS a cheerful/willing giver!!!!

This doesn’t mean that He will give us everything we ask for
right away when we ask.
He is willing to give us BETTER things than we ask for—
and ultimately giving us not just things, not just a what, but a Who—Himself.

Think back to Matthew 8 and the leper: The Lord Jesus is willing to make us CLEAN.

Not shake His head and scoff and flick us away
in our sin and shame and dirtyness,
in our evil desires and selfishness.

And not approve of our sin & shame & dirtiness
& act like it isn’t a big deal.

Isaiah 53:10-11: Yet it was the Lord’s will to crush him and cause him to suffer,
& though the Lord makes his life an offering for sin,
he will see his offspring and prolong his days,
and the will of the Lord will prosper in his hand.
11 After he has suffered, he will see the light of life and be satisfied;
by his knowledge my righteous servant will justify many, and he will bear their iniquities.

It was the LORD’s will to make Jesus suffer so sinners can be forgiven & made new…
He is willing to save us, to save sinners like us!

Hebrews 2:11-12: Both the one who makes people holy
and those who are made holy
are of the same family.
So Jesus is not ashamed to call them brothers and sisters.
12 He says, “I will declare your name to my brothers and sisters;
in the assembly I will sing your praises.” [quoting Psalm 22:22]

He is willing to call us brothers & sisters—He is not ashamed of His forgiven people!

Matthew 23:37-39: “Jerusalem, Jerusalem, you who kill the prophets
and stone those sent to you,
how often I have longed to gather your children together,
as a hen gathers her chicks under her wings,
and you were not willing.
38 Look, your house is left to you desolate.

[you are left in your current condition in sin–desolate!–
because you will not turn from your sin &
cry out to Me for forgiveness and new life!
Turn to Me not to make you comfortable in your sin
but to forgive & transform you & set you free from your sin!]

39 For I tell you, you will not see me again until you say,
‘Blessed is he who comes in the name of the Lord.’”

Dear non-Christian, are you willing to come to Him—
to surrender your sinful actions and desires to be forgiven and made clean?

Dear Christian, are you willing to repent of your sinful actions & desires
to be forgiven and made clean by King Jesus?

1 John 1:9: “If we confess our sins, He will [is WILLING to!]
forgive us our sins and cleanse us from all unrighteousness.”

Our souls are not more clean, not less dirty, than the skin of the leper…
we need the Lord Jesus just as much as he did!

And as the LORD shows you, shows us, our spiritual leprosy…
we must always remember that He is WILLING to make us clean.

But He is joyfully willing to receive us in full view of our leprosy.

Christ always purchases us in AS-IS condition…
and then transforms us to WILL-BE condition.

“But I’ve done this…and that…over and over!”

“But I’ve FAILED to do this…and that…over and over!”

He is willing to forgive & make you new & adopt you…

He is willing to cleanse you from that too…

“But you don’t know what’s been done to me!”

“But I’m tired, I’ve tried this before, nothing seems to happen,
it always feels like He isn’t there—I just want to see Him!”

1 Peter 1:6-9: In all this you greatly rejoice,
though now for a little while you may have had to suffer grief in all kinds of trials.
7 These have come so that the proven genuineness of your faith—
of greater worth than gold, which perishes even though refined by fire—
may result in praise, glory and honor when Jesus Christ is revealed.

8 Though you have not seen him, you love him;
and even though you do not see him now,
you believe in him and are filled with an inexpressible and glorious joy,
9 for you are receiving the end result of your faith,
the salvation of your souls.

Seeing Him & knowing Him & loving Him deeply
is directly connected to us enduring & persevering in all kinds of trials…
do not give up!

So what should you do with this info?

Go to Him, go to the willing God, just you & Him…
close your door & be with Him in prayer:

open Bibles, humble hearts, quiet space: be with Him.

Go to Him, be with Him, cry out to Him, admit to Him,
come clean TO Him so you can become clean IN Him,
listen to Him thru the Bible,
cancel/sign out of everything else for a while &
focus on Him & His willingness toward YOU!

We know of the importance of one-on-one time in other areas of life:

Children & parents: our kids should always know/be aware of the fact
that we are their parents as they interact with us in the course of a day and week.

But group interaction is not all that is needed.

One-on-time together, whether a hug (seconds) or an activity (minutes/hours),
where undivided attention can be given & received,
that is essential to raising healthy children, having a healthy family.

No, we are more than just providers…we are their parents.

There is relationship expressing itself in one-on-one time…
same is true of our fellowship with the Father, the Son & the Holy Spirit…

It’s fun to hang out with a group of friends,
but if you are courting a boyfriend/girlfriend or are married,
one-on-one dates/time together is important.

Same in our marriage to the Lord Jesus Christ…we are His bride, He our bridegroom.

So go be with Him…He is willing,
with His full schedule of running & holding together the universe, He is willing…

the question is, are we?

To truly know and rely on the LORD’s compassion for us, we must know of

He is the willing God, my dear friends…
that Truth has comforted me much this past week…
just saying to Him in prayer, “You are willing, Lord Jesus—thank You!”

Go to Him now, my friends…He is willing…