Seeing The Value Of Sight… 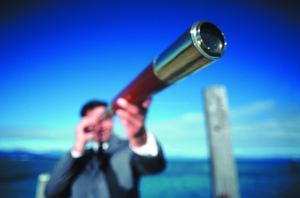 I have been humbled this morning…

…brought to my knees with God’s fierce undertoe of gratitude.

Like the leper Jesus healed, the one out of ten who returned to thank Him, I finally, after having been healed of my blindness for the last eight years (though still not seeing 20/20 yet!), broke down at the feet of Almighty God to thank Him for allowing me to see; that is, to see Him…

The Holy Spirit kindled this gratitude in me after I watched a video recording a debate between an atheist and a Christian. I listened to both sides explain the evidence for their belief, and I was struck by the love of God. I was overwhelmed with the truth of God’s existence, as well as His unimaginable and unconditional love for every human being. Then I was crushed, broken in spirit for this atheist who denies the very existence of the God who loves Him unconditionally in his unbelief. I was in agony for him, for his inability to see Jesus and His love all around him, though he lives in the same world I do, has read the same Bible I do, has heard the same evidence and testimony I have, and is afflicted with the same malady that used to plague me…spiritual blindness.

I wept for him, and I prayed for him.

I also yearned for him, agonized for him to see Jesus, to bow before Him in love and regret and to be lifted up by Him in forgiveness and new life. And then the Holy Spirit brought me to my knees in utter gratitude—a thankfulness to God I have never before experienced in my life—for the gift of spiritual sight that I have only had for the past eight years since surrendering my life to Jesus, since asking His forgiveness and turning from knuckle-headed self-worship to follow Him.

I thanked God as I had never thanked Him before—the gratitude flowed out of me, not under compulsion, but out of necessity. I could no longer have held in this well-spring of blissful appreciation anymore than a boiling tea pot can hold in its steam. It must release its vapor with a strident whistle, or else burst. And whistle I did, right on the cool carpet warming in a block of sunrays, the sweet tune of thanksgiving that must be orchestrally symphonic to the ears of the LORD Almighty.

I thanked the Father, for choosing to love me before I was conceived, even though He knew in advance all of the hurt and pain I would cause Him, myself, and others.

I thanked Jesus, for dying for me and for offering me forgiveness before I was even sorry, before I even knew I had accosted Him, before I stopped ignoring and defying Him.

My friends, how sweet it was this morning to finally be like the leper who, after obeying Jesus and while walking toward theTemple, realized that he was healed and ran back to Jesus, throwing himself at Jesus’ feet in gratitude. I too had accepted Jesus’ forgiveness over eight years ago and have been following Him ever since (albeit imperfectly, of course).

And yet, like the former leper, I have walked for a while in the right direction—following Jesus and enjoying His grace in my status as an adopted child of God—without really understanding

-the impact of His gift,

-the beauty of His healing, &

-the extent of this amazing miracle.

It’s like inheriting a beautiful old house, living in it for years, and yet still finding new and enchanting rooms, attics, and stairwells to explore and appreciate.

I still don’t understand it fully, of course, but I realize now personally, emotionally, mentally, physically, and spiritually that Jesus’ healing was a real and amazing miracle—not just an intellectual lottery I had won and cashed in on. And this great miracle, my friends, had nothing to do with me.

You see, I am not sharing this with you to highlight or showcase myself, to pat myself on the back because of any saintliness, goodness, or piety.

On the contrary, similar to another broken man in the Gospels who bowed down at the feet of God beating his chest and weeping for forgiveness over his many offenses to God, my knees gave out on me this morning because my Father helped me realize that this healing, this new eight year-old ability to see God and reality from His perspective, this forgiveness, even my faith in Jesus, is not because of me, but rather because of the undeserved gift of God, His grace.

Though many of us already know this intellectually as a truth or concept, this morning I finally experienced it as a reality in my heart. I have brought myself to stand many times to thank Jesus for His grace; this morning, the Holy Spirit brought me to my knees for the first time to do the same. The ground floor view never looked so majestic…

…and so God humbled me, helping me to weep and pray and cry out for a fellow human who cannot yet see and accept God’s grace, and helping me to weep for the sight I do not deserve, I have not earned, and I often take for granted.

to be with Him each day,

to sit and invest time with my Father each day,

to come to Jesus for rest and refreshment each day,

to be still and know that He is God each day,

to read His Word and communicate with Him through prayer each day.

Let’s pray for each other that the Holy Spirit will help all of us to make the choice each day to do this…I am seeing that the dividends of such an investment are priceless.

Amazing grace, how sweet the sound?

Amazing grace, how sweet the sight…

Yet sees me as a wretch no more;

And from this carpet, dampened floor,

Uplifts a son so graciously.

Your Friend and Fellow Traveler~