You Know You Are Growing Up When… 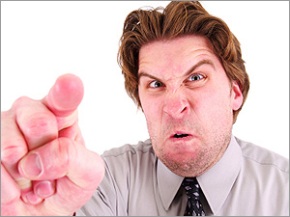 …you arrive late somewhere and, instead of blaming “traffic,” you state, “I should’ve left earlier.”

…someone steps on and breaks your glasses and, instead of saying, “Hey, watch where you’re walking!” you say, “My fault–I shouldn’t have left them on the floor.”

…someone doesn’t appreciate your hard work/gift and, instead of getting angry at them for not responding “appropriately,” you are satisfied merely with doing the right thing, not for the person, but for Jesus.

…you can’t find something and, instead of saying “Someone stole it!” you say, “Hmm, I wonder where I misplaced it?

…someone beats you at a game/sport, not because “they cheated,” but because they were actually better than you this time.

…you get a bad grade on a test, not because the teacher didn’t teach the material well, but because you didn’t give your best effort to understand/prepare for it.

…you lose at a video game, not because a button on the controller got stuck or because “the guy didn’t do what I wanted him to do!”, but because you were actually not good enough to win this time.

…you get a speeding ticket for “only” going five mph over the limit and, instead of getting mad at the cop, you realize that yes, you were in fact breaking the law.

…you lose a sporting match/game and, instead of blaming the referees/umpires/officials, you focus on ways you could’ve helped your team win.

…a chore/task/errand needs to get done and you often cheerfully volunteer to do it instead of quietly waiting for someone else to step up and do it.

I’m interested in hearing what you have to say!

Let’s pray for each other that God will help us to grow up in the sense that we take responsibility for our actions instead of always blaming others for our problems.